Our Wellbeing
He Tohu Ora
Our Population

Demographics are quantifiable characteristics of a given population.

The New Zealand census is a key source of demographic information for the population. The most recent census was held on 6 March 2018 and had a lower than expected response rate, impacting the quality and coverage of some census variables. To adjust for missing information, Statistics New Zealand combined census form data and administrative data to create a census dataset with records for approximately 4.7 million people (approximately 1.4% less than the best estimate of the population on census day). Further detail about data quality is provided in the metadata for each indicator.

This section presents 2018 Census data, other Statistics New Zealand population measures (such as population estimates and projections), and additional demographic data (such as deprivation and disability data) to show population structure and changes over time. Relevant local-level versus national-level comparisons are also highlighted.

In 2019, the greater Christchurch usually-resident population was estimated to be 516,800, and by 2038 it is projected to reach 621,600. A majority of the greater Christchurch population resides in Christchurch City, which had an estimated usually-resident population of 387,700 in 2019, followed by Selwyn and Waimakariri districts (66,300 and 62,800, respectively). Over the next 20 years, Selwyn District is projected to experience the most growth of these three Territorial Authorities.

There are a number of important differences between population groups in greater Christchurch. For example, in 2018 Māori and Pacific ethnic groups had large younger populations, with just over half of Māori (50.7%) and Pacific peoples (53.6%) aged from 0 to 24 years, compared to Europeans with just 31.1 percent aged 0 to 24 years.

The census usually-resident population count includes residents who were present in New Zealand on census night.

Population estimates produced by Statistics New Zealand estimate the annual change in the resident population. Population estimates are calculated using census data, net census undercount, residents temporarily overseas, and births, deaths and net migrations since census night [2]. Estimates are the best available measure of how many people usually live in an area each year and therefore are able to demonstrate annual fluctuations in the population, unlike the five-yearly census. This is valuable in the case of greater Christchurch, as the region has experienced unprecedented population change following the Canterbury earthquakes in September 2010 and February 2011.

Population projections produced by Statistics New Zealand estimate the future number of people living in an area. Projections are derived from population estimates and assumptions about future fertility, life expectancy, and net migration [2]. Projections provide planners with information about the probable size and demographics of the population, helping to ensure that governments, local councils, and communities have infrastructure and facilities to meet the short- and long-term needs of future populations [2].

The table shows that by 2048 the greater Christchurch population is projected to reach 653,000. A majority of those people (463,500) will reside in Christchurch City. In 2018, Selwyn and Waimakariri districts had similar sized projected populations, however it is projected that Selwyn District will experience relatively more growth and reach a population size of 106,500 in 2048, compared with 83,000 for Waimakariri District.

Population pyramids illustrate the age distribution of a population in a particular country or region. Pyramids can be tailored to compare the age structure of population groups, for example by ethnicity or, as in this case, by gender.

This indicator presents the age and gender distribution of the population for greater Christchurch and New Zealand, using 2018 Census resident population count data.

Figures 4.1a and b show that the age and gender distribution of the greater Christchurch population was similar to that of New Zealand overall in 2018. Both areas had relatively high proportions in the 20- to 34-year age groups and in the 45- to 59-year age groups.

The figures show that in 2018 Selwyn and Waimakariri districts had a smaller proportion of population aged between 20 to 39 years when compared with Christchurch City. This may reflect net out-migration of this age group to seek training and work opportunities. Waimakariri District had the largest proportion of people aged 65 years and over (18.9%), followed by Christchurch City (15%) and Selwyn District (11.5%).

Age distributions by ethnicity are useful to identify the age differences between ethnic groups.

The number of greater Christchurch residents belonging to the Māori ethnic group increased by 12.4 percent between 2006 and 2013, from 30,591 to 34,371 [4]. The 2013 Census asked those who identified as being of Māori descent if they knew the name(s) of their iwi [5]. As Māori often affiliate with more than one iwi, people are included in each iwi they identify with.

The lower-than-expected response rate for the 2018 Census particularly affected the iwi affiliation variable. Statistics New Zealand will not release official statistical counts of iwi from the 2018 Census due to the poor quality of the data. Therefore, this indicator continues to present the ten most prevalent iwi affiliations among Māori descendants living in the greater Christchurch area, using census iwi (total response) data, 2013.

The New Zealand Deprivation Index 2018 (NZDep2018) is a small-area measure of deprivation used to describe the deprivation experienced by groups of people [6]. NZDep2018 combines nine socio-economic variables from the 2018 Census, which represent eight deprivation factors: income, employment, communication, transport, support, qualifications, living space, and home ownership [7]. A weighted sum of these variables is calculated for the whole of New Zealand and to consider the deprivation distribution of different populations (such as ethnic groups and geographical populations). The NZDep2018 assigns each small-area in New Zealand a deprivation score. Based on these scores, areas are distributed into ten deciles, decile 1 indicates that an area is in the least deprived 10% of areas in New Zealand and decile 10 indicates that an area is in the most deprived 10% of areas in New Zealand. As an area measure of deprivation, NZDep2018 does not measure deprivation at an individual level.

Following the Canterbury earthquakes in 2010–2011, there was unprecedented population movement out of residential red zone areas in Christchurch City, particularly from more deprived areas of the city into less deprived areas. This redistribution may have caused an underrepresentation of deprivation as measured by NZDep2018 for Christchurch/Canterbury. Generally, increasing levels of deprivation are associated with higher mortality rates, and higher rates of many diseases [7].

The figure shows that the deprivation profile for greater Christchurch is skewed towards lower deprivation, with 50.8 percent of the population living in areas that have the least deprived NZDep scores (deciles 1-4) and 30.4 percent living in areas that have the four most deprived NZDep scores (deciles 7-10). Greater Christchurch has a relatively less deprived NZDep18 profile compared to New Zealand overall (for which, all deciles, by design, equal approximately 10%).

The New Zealand Index of Multiple Deprivation (IMD) measures deprivation at the neighbourhood level using custom-designed data zones (on average a data zone has a population of 761 people) [8]. The IMD consists of seven domains of deprivation (income, employment, crime, housing, health, education, and access to services) and includes 28 indicators which have been created using routinely-collected data from government agencies, as well as census data [9]. The seven domains are weighted based on their relative importance to socioeconomic deprivation, adequacy of their indicators, and robustness of the data they use [9].

Data zones are ranked from 1 (least deprived) to 6,181 (most deprived) and grouped in five quintiles (quintile 1 represents the 20% least deprived data zones in New Zealand; while quintile 5 represents the 20% most deprived data zones in New Zealand) [8]. A strength of the IMD is that domains can be used in combination or individually, therefore users are able to see what health or social outcomes are driving deprivation within a given geographical area [9]. Like the New Zealand Deprivation Index (NZDep), the IMD is a small-area measure of deprivation: it does not measure the deprivation circumstances of individuals, and therefore not everyone living in a deprived area is deprived [9]. However, a particular strength of the IMD is that users can compare areas that share the same level of overall deprivation (for example Quintile 5) in a geographical area and explore whether the drivers of deprivation (such as the domains) are the same or different.

This indicator presents the proportion of data zones in each quintile of deprivation by overall IMD rank for Christchurch City, Selwyn District, and Waimakariri District.

The figure shows that Selwyn and Waimakariri districts had low levels of overall IMD deprivation with zero percent and 17.5 percent of data zones in those districts falling into the two most deprived quintiles (quintiles 4 and 5), respectively. More than a third (36.0%) of data zones in Christchurch City fell into quintiles 4 and 5, which was less than the national proportion (40%). Selwyn District had the highest proportion of data zones in the least deprived quintiles (quintiles 1 and 2) at 93.6 percent, followed by Waimakariri District (58.1%) and Christchurch City (44.1%).

Long-term health condition or disability status has been measured in the Canterbury Wellbeing Survey since baseline (2012) [10]. The survey asks respondents whether they have a long-term health condition or disability (lasting 6 months or more) that stops them from doing everyday things that other people can do [11]. Over the time-series of the survey, respondents who have indicated having a long-term health condition or disability have also had poorer outcomes across a number of other survey measures, relating to both wellbeing status and to access to the determinants of wellbeing (for example overall quality of life, emotional wellbeing, loneliness or isolation, self-rated health, stress, ease of access to suitable transport for daily activities, ease of access to the natural environment, and household income meeting everyday needs) [11].

This indicator presents the proportion of those 18 years and over who responded to the 2020 Canterbury Wellbeing Survey indicating that they have a long-term health condition or disability.

The New Zealand Disability Survey (2013) provides information about the number of disabled children and adults living in New Zealand. Disability was defined in the survey as “long-term limitation (resulting from impairment) in a person’s ability to carry out daily activities” [12]. A person (adult or child) may appear in more than one disability type.

This indicator presents the proportion of the Canterbury region and New Zealand population living in private households with a disability, by type, using New Zealand Disability Survey data, 2013.

Table 10.1: Proportion of the Canterbury region population living in private households with a disability, by type, 2013

The table shows that the proportion of the Canterbury region population living with a disability was similar to the national proportion, both overall and by disability type. In Canterbury, mobility (12%) and hearing (10%) impairments were the most common disabilities, followed by agility (7%) and psychiatric/psychological (7%) disabilities. 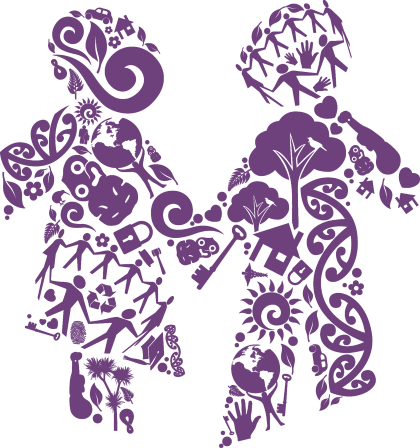